New-Build Home Gets The aïr Treatment

Most aïr installations really do take your breath away and a recent aïr project completed by Windows Etc has done exactly that.

The Accredited Retailers were summoned to a new-build house in a village slightly north of Colchester, West Bergholt, an area where there is a mix of period properties, cottages and more modern builds.

The house in question, officially christened Chapel House, is located along the main street and needed to blend in with other Victorian/Edwardian houses.

At the same time as having several other stylish enhancements made to it, including the integration of new windows and an attractive new entranceway, Windows Etc were appointed to fit the aïr 800 bi-fold doors to the rear. 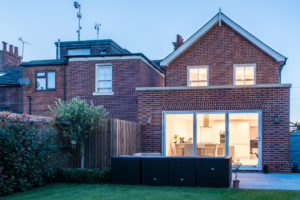 Whilst the property has a traditional front, it moves to a modern back and the minimal bi-folding doors open up the entire space to the rear in a complement manner, with no adverse impact on the period feel.

Since the inside of the rear of the house has a modern open plan kitchen diner, the addition of aïr 800 bi-fold doors works perfectly, also providing an unrestricted pathway to the garden and a beautiful seating area on the patio.

Once the aïr 800 bi-fold doors had been successfully incorporated into the new-build, together with the other chosen products, a qualified photographer was entrusted with capturing the house through his camera lens.

The end result is spectacular and aïr is most definitely one of the stand-out features, looking as elegant in the day as it does at night-time.

“Windows Etc were appointed to fit the aïr 800 bi-fold doors to the rear.”

Big thumbs up to the Windows Etc team for a fantastic job. 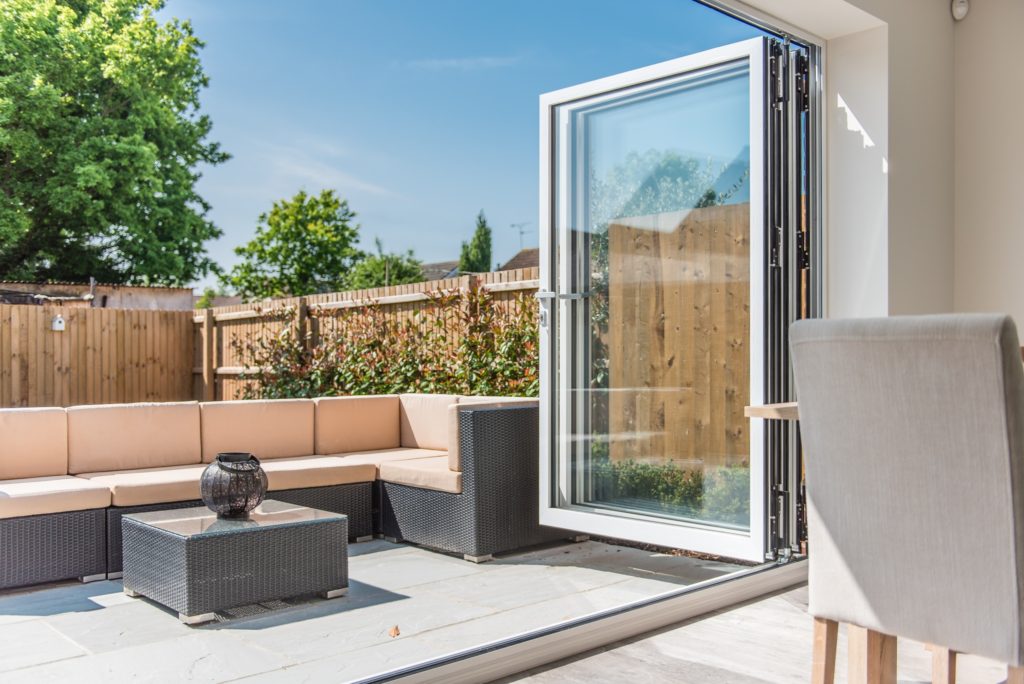